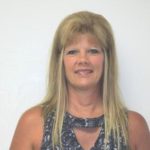 Jacque started her healthcare journey in 1989 when she became a Certified Nursing Assistant (CNA) at the McCone County Nursing Home in Circle, Montana. She resigned from the nursing home in 1990 after getting married. In 1996, Jacque was hired as a Ward Clerk at the McCone County Medical Assistance Facility (MAF) and worked part-time as a receptionist at the Circle Clinic. When the Circle Clinic receptionist retired, Jacque was promoted to the full-time position. In April of 2005, Jacque was promoted to a new position as the Clinic Office Manager. In 2009 Jacque became the Office Manager for the Critical Access Hospital and clinic. 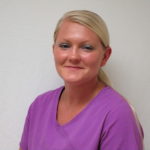 LaToya (Neiffer) Gardner was raised in Miles City but graduated high school from Savage, MT. Prior to completing her nursing degree, she worked as a CNA and Home Health Aide from 2009-2013.  Upon receiving her Associate of Science degree in Nursing at Miles Community College she moved to Circle in May 2013. LaToya was hired on as the second clinic nurse in June 2013. In December 2016 she was promoted to Director of Nursing. 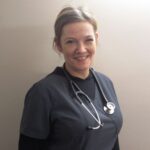 Tami started working at MCHC in 2012 as a cook in the dietary department. She became Assistant Dietary Manager in 2016 and took on the roll of Manager in December of 2017.  Tami was raised in Circle, but moved to Nashua, MT where she owned a business until it was sold in 2008. Upon moving back to Circle, she attended nail technician school. As of currently, Tami is working as both a nail technician and dietary manager.

Dr. Bruce Swarny has been MCHC's Medical Director since July of 1999; and is employed by Glendive Medical Center. Dr. Swarny is a licensed psychiatrist and is on-site twice a month and is our supervisor for Physician Assistants working at MCHC. 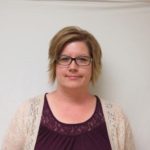